Head Up To Cowtown 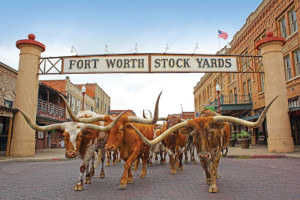 Fort Worth is all grown-up

Fort Worth has long been heralded as the place “where the West begins” and is often perceived as a little sister to Dallas, its neighbor to the east. In fact, back in the late 1800s, Fort Worth earned the nickname “Panther City” when, as legend has it, a local lawyer wrote that the town had become so quiet and drowsy that he saw a panther snoozing near the steps of the courthouse.

Although the Panther City nickname stuck, today’s Fort Worth is anything but drowsy. The city is now bringing back the boom in boomtown. It is regularly found in top 10 lists of fastest-growing U.S. cities and has grown into the 16th-largest city in the nation. What’s the BIG deal, and what’s the draw?

Despite offering the amenities of a typical large metropolitan city, Fort Worth still embraces its Old West heritage. As a result, it has retained a unique, unpretentious, “small-town” feel. Like most large cities, Fort Worth has several districts within the city that, over time, have developed their own distinct charm. The cool part? All are just a few miles away from each other. Whether you are looking for a family vacation or a girls’ getaway, there is plenty to do.

Start your stay in bustling but very walkable downtown, where you will discover pampering upscale hotels such as the Worthington Renaissance and the Omni. Or for an intimate and charming boutique feel, try the Ashton, centrally located on Main Street.

Take a stroll through Sundance Square Plaza, and check out its jetted fountains – from 2 to 6 p.m. the kids can even step in and cool off.

Downtown dining choices are all just steps away. Experience the upscale flavors of Grace or Del Frisco’s for scrumptious steaks and seafood, or for something a little different try the trendy Bird Café, which features a number of local food providers and a lengthy beer and wine list. In the mood for Mexican, Thai, sushi or Italian? All are also options. For culture and entertainment, Bass Performance Hall offers a variety of sensational summer performances, including Rodgers + Hammerstein’s Cinderella in late June and Dirty Dancing in July. 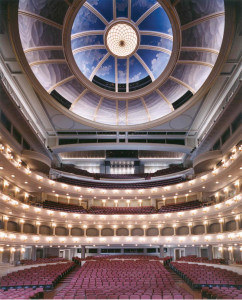 Begin sightseeing just to the north of downtown in the National Historic Stockyards District. Dine on the patio at the famous Joe T. Garcia’s for mouth-watering margaritas and giant jalapeño-peppered nacho tostadas. It’s served family style, and you won’t get a menu. Ask for the traditional dinner or fajitas. Make sure you bring cash because they don’t take credit cards. Tour Billy Bob’s – the largest honky-tonk in Texas — and climb on the electric bull for a fantastic photo op. Or just outside the Exchange Building you can take a picture sitting on a live longhorn steer – it’s free to climb on but $5 to get down.

Two-step over to the famous Stockyards Hotel, then hop onto a saddle-topped barstool at Booger Red’s Saloon, where you will experience true Fort Worth ambiance. From there, cross the street and stop in the Maverick Fine Western Wear (but be sure to look both ways for cattle). Owner Gayle Hill has been suiting up famous folks such as Loretta Lynn, Eric Clapton, Pat Green, Steve Earl and Cody Canada for years. Nearby you can shop for a pair of custom boots or a new hat at Luskey’s/Ryon’s. While in the Stockyards, don’t miss the Fort Worth Herd, a real longhorn cattle drive that makes its way down Main Street at 11:30 a.m. and 4 p.m. daily.

Next, the Cultural District is just a short drive to the west of downtown and houses six museums. Start by touring the world-renowned collection at the Kimball Art Museum. The adjacent Modern Art Museum, often called “The Modern,” stands out for its architectural design and reflecting pond and houses a first-class collection of contemporary art. The Amon Carter Museum is also highly acclaimed, known for having one of the best compilations of Western art in the country. Kids in tow? Head down the road and pop into the National Cowgirl Hall of Fame. This kid-friendly museum honors pioneer women of the American West. The recently renovated Fort Worth Museum of Science & History has a myriad of activities for the kids. If you stop there, be sure to book a movie at the Omni Imax® Theatre – adults and children will enjoy the eight-story domed screen with 30-degree stadium seating.

Just a few minutes away is the West Seventh Street District, where more dining choices await – Terra Mediterranean, Thirteen Pies, AF&B or Tilman’s Roadhouse, to name a few. Or for a more casual burger and brew, try Rodeo Goat or the always funky and fun Fred’s Texas Café. In the same area, Lane Knight is a fun, fashion-forward boutique for mom. Then cross the street and head to Climate for the whole family. Their sporty collections of Patagonia, North Face, Marmot, Chaco, Ugg and Roxy offer a little something for everyone.

Conclude the afternoon or evening with dessert at Sweet Sammies for a giant cookie duo stuffed with ice cream. The cookies are all fresh-baked daily from old family recipes. Just for the record, owners Kelly and Dan Close chose to retire in Cowtown to be near their grown children and open a cookie store because “Fort Worth is just that cool.” 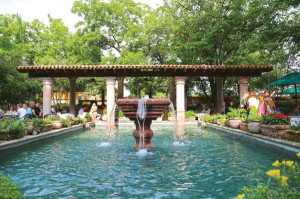 Squeeze in a trip to the eclectic Near Southside district, often called the Magnolia district after one of its main streets. This once-forgotten hospital district has transformed over recent years into the hip place to be. Its restaurant row along Magnolia Street features some of the city’s best chefs in an uber-cool atmosphere. For dinner, try deliciously quaint Nonna Tata for Southern Italian-style fare in a former gas station that is now home to Ellerbe Fine Foods, or Lili’s Bistro with live jazz music. Reservations are preferred. Lili’s delicious dessert donuts with coffee ice cream will send your taste buds soaring. For a casual lunch, try Spiral Diner for various vegan delights. Their pile of dairy-free nachos loaded with quinoa tastes like the real thing. Brewed also offers coffeehouse ambiance and lots of charm. Order the fried chicken and waffles, and you won’t be sorry.

Last-day Summer finale? Run through a Texas staple, Chicken Express, for a box of tasty Southern-fried tenders, grab a bottle of pinot grigio and a picnic blanket, and head to the Botanical Gardens to hear the Fort Worth Symphony Orchestra play one of its 25th-anniversary Concerts in the Garden. Sixteen evening shows are scheduled this summer between June 5 and July 5. Concerts will include tributes to the Beatles, U2, Journey, the 1812 Overture, Eagles and Elvis – all followed by a fantastic fireworks show.

Head north up I-35 and explore this modern “Cowtown” for yourself. There’s plenty to keep you entertained for a long weekend or even a spectacular week of summer. You can find it all in THE FORT!

Photos courtesy of the Fort Worth Convention & Visitors Bureau.
By Amy Howell