According to Linda Nov/Dec 14 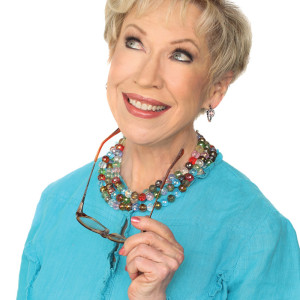 I dedicate this column to our Armed Forces, past and present.  Living in San Antonio has given me a profound sense of how important the military is to our community and also to the world.  I grew up in a city with a major military base, but I never felt the patriotism I do here in San Antonio. Perhaps that is why we are referred to as Military City USA.

There are so many aspects of the military I could focus on, but I will elaborate on three specific areas that really touch my heart:

I have a penchant for health care, so I start there.  San Antonio Military Medical Center (SAMMC), formerly known as Brooke Army Medical Center (BAMC), is now the flagship of Army, Air Force, Navy and Marine Corps medicine, serving all branches of the military. SAMMC provides inpatient and outpatient care and advanced rehabilitative services, and it exercises command and control for thousands of military medical personnel.  At the core of the operation is the massive hospital complex on IH-35, currently the largest DoD Military Treatment Facility (MTF) in the world.

As a Level I Trauma Center, SAMMC receives more than 5,700 emergency room visits each month.  It is one of only 31 hospitals in the United States that holds both Level I Trauma certification and accreditation from the American Burn Association. Also located on the SAMMC campus is the world-renowned Army Institute for Surgical Research (ISR), including the Burn Center, which receives catastrophically burned patients, both military and civilian, from around the globe.

We also have the Center for the Intrepid (CFI) that was built with private funds but was given to the DoD, situated adjacent to SAMMC.  It provides care to service personnel  rehabilitating from loss of limbs and physical limitations as a result of battle injuries. Because so much long-term care is given to our military men and women in San Antonio, military families are invited to reside at a Fisher House at no cost while their loved ones receive treatment.  Four Fisher Houses are located in close proximity to SAMMC, the Burn Center and CFI.

Having three military installations and the primary joint forces medical facility in San Antonio, we are the home of many military spouses and families. Sadly, countless families lose loved ones to war. Under the Gold Service Pin Award Program, a gold pin is given to survivors of our fallen military. It is presented at the formal military honors funeral ceremony, along with the American flag that drapes the coffin, and is awarded to the survivors to be worn to honor their sacrifice. Go to www.GoldStarPins.org to learn more about this beautiful program.

USAA and Disney have partnered to create The Veterans Institute, which offers veteran-hiring programs and workshops in order to help other companies learn how they can include veterans in their workforces. USAA has also launched the VetFIT (Veterans for IT) program. This program seeks veterans with information technology backgrounds and trains them to develop Java software. It is a four-month intensive education program after which the successful participants are offered full-time positions at USAA. USAA has hired more than 8,700 veterans and military spouses from 2006 through June 2014. Their goal is for 30 percent of all new hires to be veterans or military spouses.

Since this column is being written for a woman’s magazine, let me end by naming a few women who have served in the military and chosen to stay in San Antonio or return here after their military service. I stress that this is a very short list of many amazing military women, active and retired, in San Antonio.

· Barbara Ramsey, U.S. Army, Colonel (ret), now sits on the board of the Military Officers Association of America.

And there are five women I’ll mention who are still active in the military:

Many other women rightfully deserve to be on this list. They are heroes and unheralded champions who work behind the scenes and do not seek reward or recognition. So, hats off and applause to ALL the women who have served our country AND risked their lives for us!

NOTE: I could not have written this article without input from others. My thanks  go to the following:  Barbara Banker, Barbara Gentry, Mary Garr, Susan Pamerleau, Matt Reedy, Pat Riley and Dr. Paula Vogel.